Top 10 Reasons its a BRILLIANT idea to be SINLGE this Christmas!

Christmas is finally here and now being single for the first time at the holidays in almost a decade I have been pondering how freaking WONDERFUL it is.  No seriously!  For years I’ve felt bad for the singletons who have no one to spend time with during the holiday season, but as it turns out, I was completely wrong about this.  This comes as an extra shock because I’m almost never wrong.  Here’s my top ten list of why its a brilliant idea to be single this holiday season:

Posted in Happy Holidays!, This is Me!

The WordPress.com stats helper monkeys prepared a 2011 annual report for this blog.

The concert hall at the Syndey Opera House holds 2,700 people. This blog was viewed about 15,000 times in 2011. If it were a concert at Sydney Opera House, it would take about 6 sold-out performances for that many people to see it. 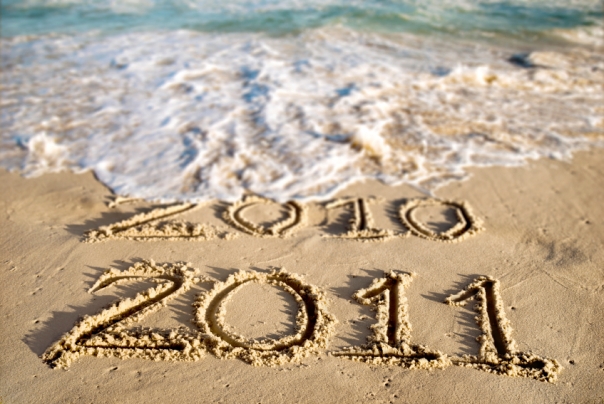 With only 12 hours until the ball drops, it’s amazing to think about how quickly the past year has gone!  I always heard from adults that as you get older the days go quicker and quicker and I never really believed them.  I remember as a kid having a countdown until Christmas that started the day after Thanksgiving and it seemed like it took FOREVER.  Nowadays, I hope time will stop so that I have enough time to do everything before the big day.

2011 was an interesting year.  Many people came into my life, and few left too. I had a lot of changes in from a new job (slightly before), to living on my own.  I probably will feel this way at the end of every year from here on out (or at least I hope I will) but I think I’ve learned a lot about myself and other people and have learned to move on from the past and live in the present.

Oh, and the best part of 2011 was starting my blog!  With the encouragement of a special co-worker, I started erinHasThoughts in January of 2011 and in this first year have had over 16,700 views!  I have some great things in store for you guys in 2012!  Keep reading and make sure you “like” erinHasThoughts on FaceBook so that you get all of the latest updates!

Hope you all have a happy and safe New Year and fantastic 2012 to come!

Happy Holidays to All! 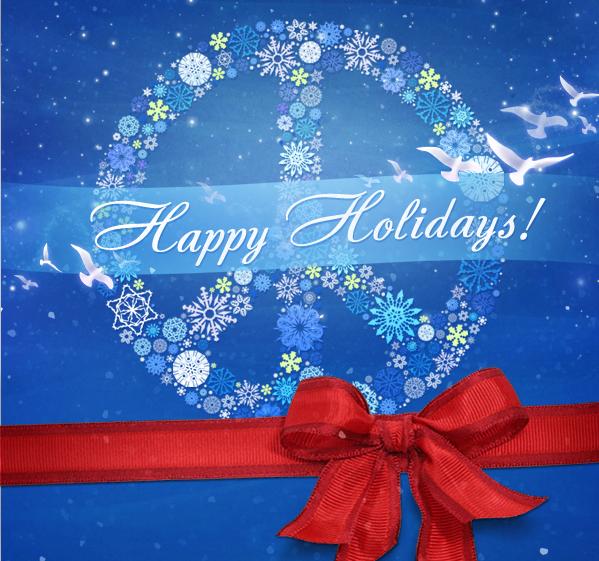 Whether you celebrate in your ugliest sweater or in fine diamonds, hope you’re holiday is wonderful!! 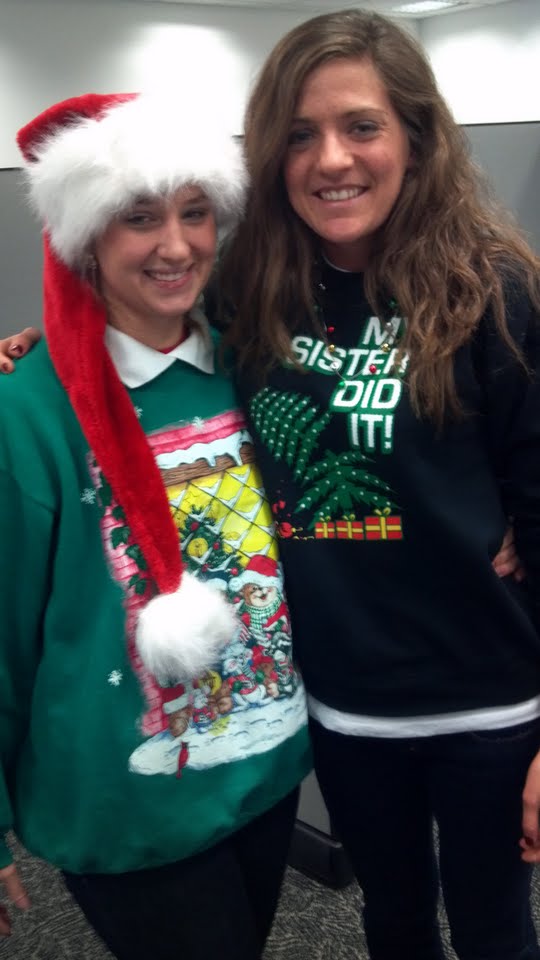 Sugar Plum Fairy – This is amazing… 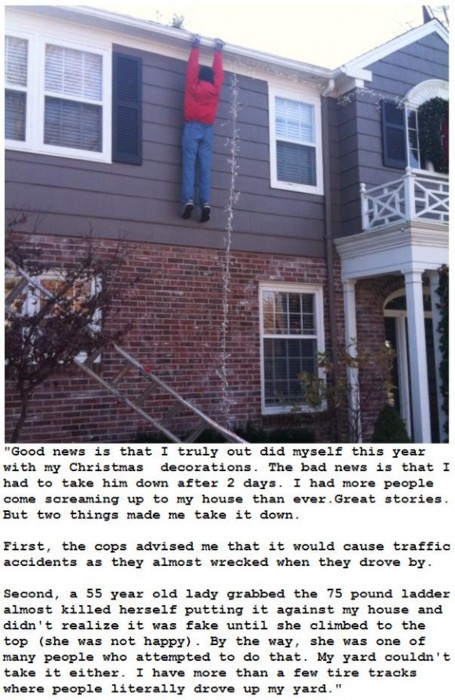 When you can’t beat ’em…

Keeping up with the Joneses is not always easy in suburbia when you have an overzealous holiday decorator living next door!!  This clever family decided to not try to keep up with their neighbor’s holiday cheer that keeps getting bigger and better every year.  Instead, they took a “short-cut” which humorously got their point across! 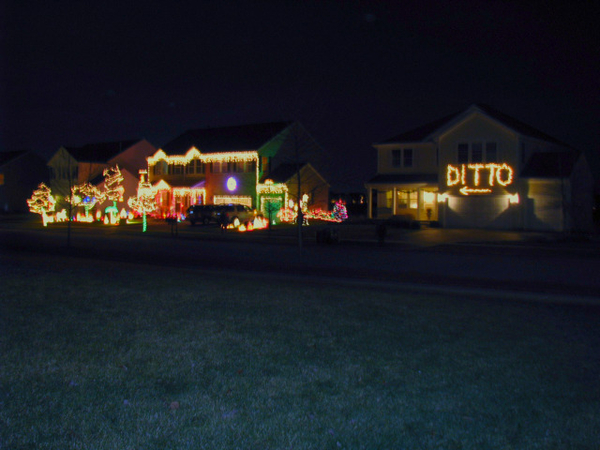 Moral of the story:  Next time you think you “can’t compete”, think of a crafty way to at least stay in the game!

Tags: holiday cheer, keeping up with the joneses, suburbia

Jon Stewart: “I celebrated Thanksgiving in an old-fashioned way. I invited everyone in my neighborhood to my house, we had an enormous feast, and then I killed them and took their land.”

Jim Gaffigan: “Thanksgiving. It’s like we didn’t even try to come up with a tradition. The tradition is, we overeat. ‘Hey, how about at Thanksgiving we just eat a lot?’ ‘But we do that every day!’ ‘Oh. What if we eat a lot with people that annoy the hell out of us?'”

Stephen Colbert: “Thanksgiving is a magical time of year when families across the country join together to raise America’s obesity statistics. Personally, I love Thanksgiving traditions: watching football, making pumpkin pie, and saying the magic phrase that sends your aunt storming out of the dining room to sit in her car.”

Kevin James: “Thanksgiving, man. Not a good day to be my pants.”

Jack Handey: “If you’re at a Thanksgiving dinner, but you don’t like the stuffing or the cranberry sauce or anything else, just pretend like you’re eating it, but instead, put it all in your lap and form it into a big mushy ball. Then, later, when you’re out back having cigars with the boys, let out a big fake cough and throw the ball to the ground. Then say, ‘Boy, these are good cigars!'”

Jay Leno: “You can tell you ate too much for Thanksgiving when you have to let your bathrobe out.”

Johnny Carson: “Thanksgiving is an emotional holiday. People travel thousands of miles to be with people they only see once a year. And then discover once a year is way too often.”

George Carlin: “We’re having something a little different this year for Thanksgiving. Instead of a turkey, we’re having a swan. You get more stuffing.”

Arnold Schwarzenegger:  “I love Thanksgiving turkey. It’s the only time in Los Angeles that you see natural breasts.”