So this is how I know I’m getting old.  Back in the good old days of the early 00’s I was (somewhat) of a dare devil.  I swang off rope swings into the local reservoir, went on every ride there was at amusement parks and fairs, and I rode on my friend’s motorcycle…one time…I think we almost got up to 30 mph before I threatened that I would jump off. Haha  This morning while I was running on the treadmill I saw an ad for the newest ride hitting our local Six Flags and I almost threw up.  I literally said out loud “NOPE”.  Other people at the gym looked at me.  I didn’t even mean to say it out loud, but I couldn’t help it. It was definitely NOPE-worthy. 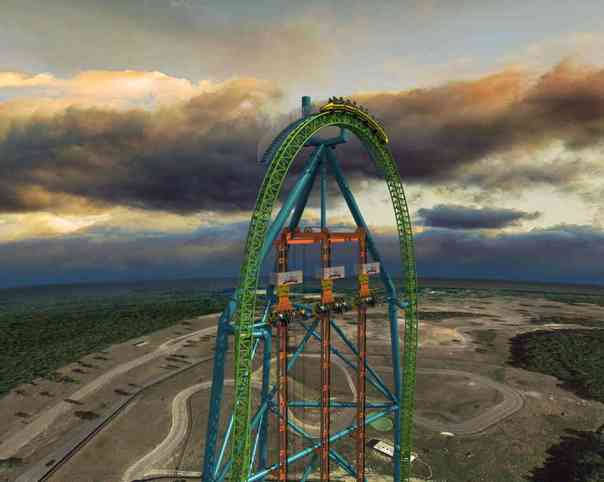 The ride is twofold.  There is the Zumanjaro Drop of Doom which is built within the Kinga Ka Coaster. So the Kinga Ka Coaster is the tallest coaster in the US at over 450 feet.  You go from 0 to 128 mph in 3.5 seconds.  No thanks.  I prefer to keep my speed around 80, while fully encased in metal.   Then there is the Zumanjaro Drop of Doom.  Sorry, am I the only one that doesn’t want to go on something called the Drop of Doom??  It’s like the Tower of Terror, which I have actually been on, but over twice the size.  Yes, twice the size! At over 400 feet you’re more than twice the height of Lady Liberty only to plummet back to earth, hopefully without dying.  Oh, and while you’re dropping at almost 100mph you have a roller coaster coming directly at you.  Sounds like a heart attack in a seatbelt if you ask me! NOPE.

The Facts of Life 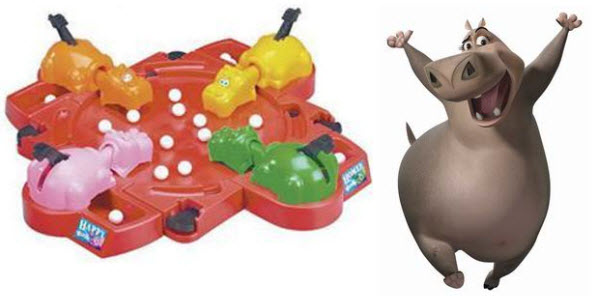 Childhood Passtime:  Hungry Hungry Hippos and Madagascar Character, Gloria, will never be viewed the same in my eyes.

I’m here this afternoon to lay some very important knowledge on you.  As a child growing up, I was led to believe that hippos were very nice, friendly, and most important, hungry animals.  Slow movers, eaters of small white balls that come in a variety of colors, and that’s about it.  My initial beliefs were then confirmed as a young adult when Madagascar came out and I saw just how funny, caring, and fun a Gloria the hippo was.  Well It has recently come to my attention that all of this is FALSE.   I found out that not only are these games and movies misleading, but they are so far from the truth it’s not even funny.  Why are people harboring this important, not to mention life saving, information?  Apparently, hippos, who can grow to be weigh over 7,000 lbs.  The largest on record was over 9,000…and let me tell you…they’re not using their “big bones” to roll horse around with other jungle animals.  No.  These animals are apparently viscous and kill more humans each year than any other jungle animal – lions and snakes included. Their jaws, which contain K9’s that can grow up to a foot long can apply the pressure of 8100 N (1821 lb).  Which is basically enough to chomp you the hell in half.  Seeing as how these animals are apparently “herbivores”, I’m not really sure why they need such large and powerful jaws.  Maybe so they can pull off stunts like this: 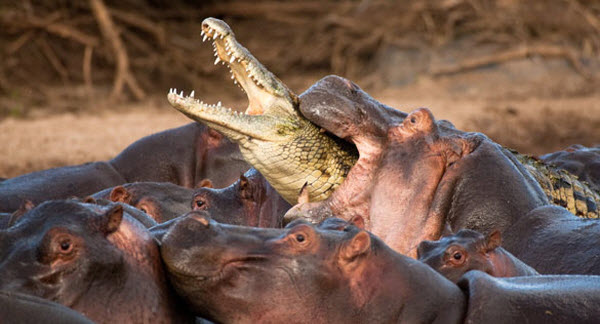 I understand the desire to make a scary animal less terrifying, but lets be realistic here.  Now some poor kid in Africa is going to go up to a hippo thinking things are going to be “cool” not knowing they have met their match.  Now, coming from a newly self-proclaimed Hippoexpertamus, my advice to anyone who is in a situation where the may have to encounter this beast you need to do one of two things:  Either swim out somewhere deep.  Despite the fact that Hippos spend a lot of time in the water, including that they are born in water, they sink like a rock in water deeper than where they can stand. Your other option is to climb a tree.  However if you’re like me you wont be able to pull your own body weight up fast enough to escape the Jaws of non-life.  Both of these options include serious risks, most of them being other poisonous or otherwise viscous animals, but given the situation, you will really have to weigh your options.  The one thing you do NOT want to do is RUN.  Don’t let their short stocky stature fool you…these turds can run over  19 mph, and will easily outrun you.   So, next time you are in Africa, make sure you remember these points.  Hippo = death.  See hippo = swim or climb.  You’re welcome.